GeekGoesChic > emerging technology > 5 ways of how HoloLens and virtual reality can enrich fashion industry, and why it’s a bad idea

5 ways of how HoloLens and virtual reality can enrich fashion industry, and why it’s a bad idea

The following article will be, however, more philosophical. I will try to show how the invention may help but also threaten the industry and consumers. Keeping a great admiration and respect for the creators of HoloLens, I will use the example of a hologram and virtual reality. I am talking about the future, but the premiere of HoloLens is an ideal occasion to bring up some issues.

In the future we may be witnesses of creation of virtual fashion shows. It would not be the first time that holographic models are walking on a catwalk. The inventions such as HoloLens will be a tool for designers to create the catwalks of the future. Ads in which all of us will want to participate. Perhaps it will not be just shows during which the audience is passive. HoloLens allows for interaction, it may allow the audience to move around the scenery, between the models and not only to be a recipient, but also an actor of events. The relocation of the show to the virtual world could further unreal the fashion shows, idealize the models, make it possible for fashion to become even more ideal so that the consumers want to follow it. It could drive a cosmetic surgery market. Finally it might be the reason why we will lose ability to distinguish reality from fiction.

The virtual fitting room in commerce and ecommerce 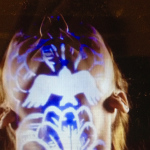 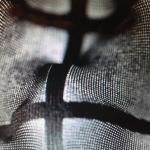 Why is MIT important for the fashion industry?