Societies of Asian countries, especially of technologically advanced countries such as Japan, are known for their obsessive use of smartphones and internet media. Japan is the origin place of manga and Hello Kitty. Although Asian aesthetics often differ from the aesthetics of Western Europe and the United States, they are nevertheless a source of inspiration for Western artists and start-up creators. They also stimulate the evolution of the global fashion industry. Japan is a source of fashion and technological inspiration: even more so than Western designers are willing to admit.

Especially since, in Japan, fashion and technology go hand in hand. DENTSU INC., having recognized the demand of the local market as well as the global potential, has developed a t-shirt which connects to a special app and a smartphone camera to become an interactive game.

How exactly does ASOBERU-T work?

ASOBERU-T brings augmented reality to the fashion industry. The user can scan the t-shirt and control the animations which appear on his smartphone’s screen. The project was released in early 2014 and was an entirely new way of approaching wearable tech in fashion. The apps are available on Google Play and the App Store. The producers offer two product lines: Beams and Mangart. I’m a bit surprised by how little press ASOBERU-T has gotten in the English-speaking media. Let it be your tech-fashion inspiration. Internet of things and the world of fashion: 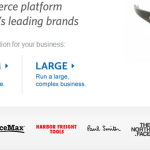 The interactive future of the fashion ecommerce 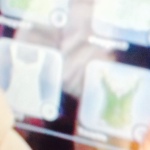 Internet of things in fashion: an interactive mirror as part of a store’s interior design