GeekGoesChic > fashion retail > Internet of things in fashion: an interactive mirror as part of a store’s interior design

Internet of things in fashion: an interactive mirror as part of a store’s interior design

A while ago, a few of my tech friends shared a new discovery they stumbled upon: a “magic mirror” whose owners can not only see their reflection, but browse data (such as weather conditions) or get feedback on how they look. You can come across this invention in selected stores of well-known brands such as Burberry or Macy’s department stores. The project of DYIer Michael Teeuw (creator of Xoney Labs) proves that such solutions are possible even for smaller clothing manufacturers interested in the world of the fashion-oriented internet of things.

How did Michael make the interactive mirror?

As he writes on his blog, he was inspired by a visit to a Macy’s store where he stumbled upon an interactive mirror. He began wondering what he would need to make one and reached a conclusion that all it would take is: a Swedish mirror, a Raspberry Pi, a 24-inch screen with a pivot function, some wood, a few screws and white paint which he used to create the frame. In order to create his own interactive mirror, Michael used a Raspberry Pi, which connects to the internet and allows you to program almost anything electrical (even a coffee machine).

You can read all the installation details, including setting up the Raspberry Pi, on his blog. What’s important from a user’s point of view: Michael’s mirror gives a compliment to the user, shows him the current weather, time and his newsfeed.

What’s even more important is that everybody can install such a mirror in their house or their showroom. It’s sure to make shopping for clothes a lot more interesting. Essentially, the fact that it’s connected to the internet means we can pull up all the information we want.

Michael’s example proves that the installation is not complicated; at least not too complicated for your local DIY programmer to do for a reasonable sum. Michael has made available the code behind the mirror’s functionality, so there’s nothing else for you to do but look for a handyman. 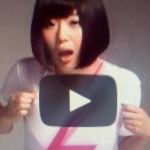 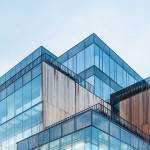 Allegro: the creation of the 5th avenue of Central European e-commerce