Let’s imagine that there are no fashion models. All of our favorite models are doing completely different jobs. Yet we continue to operate in the fashion industry and someone or something needs to present us with new fashion trends. The global fashion industry has become entirely digital. In that scenario, how would fashion shows look and who would the models be? Here are my best guesses.

Holograms have already been employed during fashion shows by Stefan Eckert, Burberry in Shanghai, as well as by LVMH during the latest Parisian show by Raf Simons. Musion is a company that specializes in creating holographic visualizations. Holograms can display recordings of actual people or 3D models. They can also be visualizations – film screenings in real locations, as done by Ralph Lauren in 2010, and repeated during the presentation of his spring/summer 2015 collection. This has been created by MPC Creative for Ralph Lauren Polo.

One step further is to completely forgo the presence of human figures and replace them with 3D models. Since the creation of “The Curious Case of Benjamin Button,” everything is possible for the film production and post-production. Film studio artists are able to digitally create characters that cannot be distinguished from human beings. Why not utilize it in the fashion industry? A collection can be created by a studio modeler, who creates characters in software such as ZBrush. Subsequently, this can be easily used both for holograms, as well as films or visualizations via Oculus.

Everyone is the face of Chanel, with you as the model

What is more, current technology allows for creating a 3D model even from a photograph, which has tremendous potential. For example, it could create your own model that can be dressed in any set of clothes, from any designer. Going forward, this could end the era of catwalks, as every fashion influencer could check whether they like the clothes or not by themselves. Visualization makers would be creating virtual reality – performances in which the participants would be models, actors. This way, the designers could democratize fashion without sacrificing the mythology that accompanies fashion weeks.

To use robots as models would be to totally demythologize fashion (or, perhaps, the other way around?). Perfect figures would walk on the catwalks wearing clothes by great designers. It is far from impossible – today, Japan is crazy about “living dolls.” It is a bit terrifying, but it has been going on for a few years now.

These situations-ideas are hypothetical only in part, and I believe that some of them will become commonplace sometime in the next 10 years. However, will it lead to the extinction of the modeling industry? I don’t think it will happen that soon. 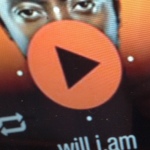 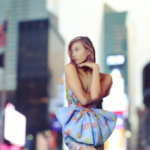 3D printing: is it really the future of fashion industry?