GeekGoesChic > fashion event > My impressions after the Met Gala: Fashion in the Age of Technology – still to come 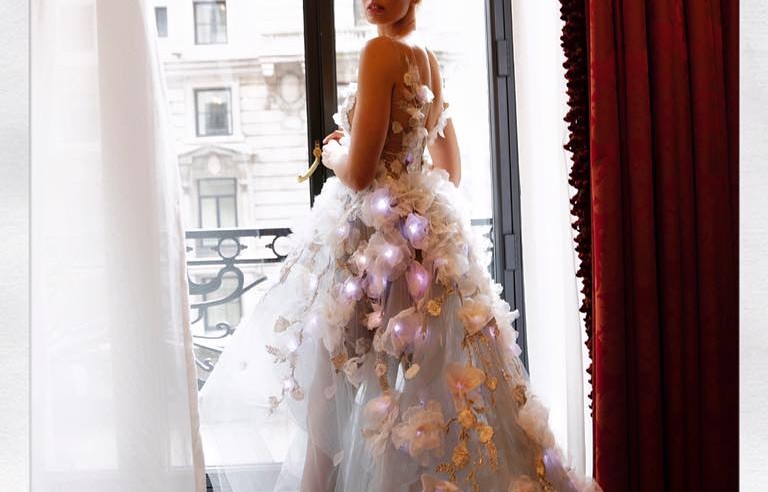 My impressions after the Met Gala: Fashion in the Age of Technology – still to come

This year’s Met Gala was an event I have anticipated since the announcement of the theme Manus x Machina: Fashion in the Age of Technology. It was about time for the fashion industry to react to what’s going on in the world, that is to say, the attack of hardware, software, and the Internet in its broadest sense.

I’m writing this article in a cafe in the center of beautiful and sunny Cracow, about an 8-hour flight away from New York. I’ve only seen online photos and videos of both the red carpet and the exhibit. I’ve also read articles concerning the Met Gala, including the two most interesting ones on wearable.com and BoF.

Although BoF inquired into the origins of the exhibit and contacted the organizers and guests, when comparing the two articles, I feel my views are closer to what I read on wearable.com. Don’t get me wrong. Of course, it’s great that the organizers went back to fashion history and gave a broad outline of the work of the designers who were the pioneers in using new technologies in this industry, but both the exhibit (as far as I know) and the red carpet had little in common with the theme and what it promised. Or it had a little in common with what it meant for me.

Fashion tech on the red carpet – Met Gala: Fashion in the Age of Technology

Of course, I really liked many of the red carpet dresses; Taylor Swift, Nicole Kidman, Brie Larson, Miranda Kerr, Rachel McAdams, Florence, Katy Perry, Alexa Chung, Kate Hudson, Dakota Fanning, Doutzen Kroez, Kate Mara, Kate Borworth, Emma Roberts, and Poppy Delavigne are my favorites when it comes to the cut. These are beautiful dresses which I would like to have in my own wardrobe. And that’s it. The interpretation of the theme by the stars and their stylists was interesting – disturbing and narrowing the theme down to robots; silver and heavy. I had the impression that some of the stars were wearing armor (some versions were pretty, others… not so much).

Apart from the beautiful looks, there was ALMOST nothing interesting on the red carpet. For me, the most memorable dress was Zac Posen’s design for Claire Danes. A beautiful gown, which in lights looked like the ice-colored dress of a European princess, and in the dark turned out to be woven from fairy dust (small LED lights); an unforgettable dress.

The second dress corresponding to the Met Ball theme was the Marchesa x IBM dress worn by Karolina Kurkova – Cognitive Dress. It was a mixture of traditional hand-made tailoring, 3D printing, LED technologies, and data analysis provided by Watson Analytics. Also a work of art.
Will.I.Am also appeared at the Met Ball dressed adequately for the occasion. At least, according to WIRED, there was an AneedA, a “device-agnostic virtual assistant”, stitched into his floral decorated suit. He may not end up on the best-dressed list, but it was a big up for introducing wearables to a gala event.

What was happening at the exhibit?

Judging from the photos which appeared online, the exhibit was a collection of clothes which in some way included (broadly understood) new technologies. Looking through those photos, I started wondering if maybe I had misunderstood the theme of the exhibit. Of course, there were some inspiring projects… but I just can’t see how Karl Lagerfeld’s wedding dress for Chanel was relevant to the theme (it is a work of art, but is it a work of technology?). Especially since it was created in 2014. Except for evident artistic and visual merits, I couldn’t see any connection to the main theme, I’m sorry.

Head curator of the Costume Institute – Andrew Bolton – told BoF ‘Fashion has always been the first to embrace technology, right from the get go’. My God, I disagree so much. Regretfully, fashion is one of the few industries still making little use of new technologies. Of course one and the other are closely connected, which I am trying to prove on my blog (and #ggcmeetup.s!). The fashion industry needs to be inspired to integrate fully with technology. However, my experience and observations show that the fashion industry likes to think it is just friends with new technologies. There are few examples of any innovative use of new technologies in fashion. The whole industry is by and large very traditional. I think the Met Gala is proof of that. (I know it all sounds pessimistic, but our job is to bring more technology into fashion!).

But wasn’t there any technology?

With practically no innovation on the red carpet (with the exception of 3 praiseworthy examples, the Apple Watch parade, and Katy Perry’s Tamagotchi) and the exhibit, it is not the case that new technologies were completely absent. If we look at the event in a broader light, there was plenty:

In conclusion [or tl;dr]: the Met Gala was very successful as a social and media event. By ‘media’ I mean mainly the outreach and channels used by the guests and organizers, but when it comes to the era of new technologies… it is yet to come. 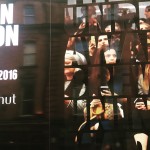