Yesterday Instagram released a brand new video app – Hyperlapse. Everyone talks about it. Great timing because it will have a chance to take over NYFW. Bloggers will have an opportunity to test it and Instagram team will have a free marketing for their new product.

How it works?  To make a long story short: it makes your video less shaky, smooths it, stabilizes it (stop motion). It also makes it faster. Imagine: you’re a blogger and you have only your iPhone and you’re  recording a fashion show with Hyperlapse…. How cool is that?! It looks much more professional.

But it’s not the only one stop-motion time-lapse technology presented this August. Microsoft research showed even better solution at SIGGRAPH 2014. It will probably not be recognised among bloggers but people who organise shows during fashion weeks may be interested. What is more, Microsoft plans to release a beta app in Windows Store later this year (Instagram app is available in AppStore, Google Play and Windows Store).

To me, Hyperlapse from Instagram looks like a poor version of the one from Microsoft (who knows? Maybe Microsoft and Instagram test technology together? Or it’s just a coincidence? Or who knows? 😉 ) but it’s probably the one who will go mainstream. 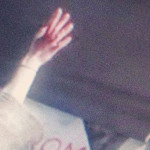 A few ideas how the fashion industry could use drones 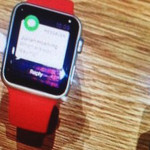